The church of our day, being infiltrated by secular practices, has compromised its core principles to fit in with the culture at large. Subtle as it may be, this is evident in the various domains of a Christian’s life, including the celebration of festivals and questions the very principles by which we live daily.

Growing up, I was unaware of Halloween or anything associated with it, but after relocating to Canada, I became aware of its significance locally and internationally. According to the history channel, Halloween originated with “the ancient Celtic festival of Samhain. People would light bonfires and wear costumes to ward off ghosts. In the eighth century, Pope Gregory III designated November 1 as a time to honour all saints; soon, All Saints Day incorporated some of the traditions of Samhain. The evening before was known as All Hallows Eve and later Halloween. Over time, Halloween evolved into a day of activities like trick-or-treating, carving jack-o-lanterns, festive gatherings, donning costumes, and eating sweet treats.”

The Bible has much to say about summoning the dead, witchcraft, casting spells, etc., but what does it have to say about Halloween? While the Bible doesn’t specifically talk about Halloween, it does talk about witchcraft and the state of the dead. If you are torn between whether or not you should celebrate Halloween, the following Bible verses (NLT) about Halloween might help. “I will put an end to all witchcraft, and there will be no more fortune-tellers” (Micah 5:12). “They even sacrificed their sons and daughters in the fire. They consulted fortune-tellers and practised sorcery and sold themselves to evil, arousing the Lord’s anger” (2 Kings 17:17). The foundations of Halloween are occultic. The symbols and traditions have roots in pagan practices. God clearly instructs His people repeatedly to avoid all pagan rituals and traditions.

Halloween is about creating fear; scary costumes, haunted houses, and horror movies are designed for no purpose other than to create an atmosphere of fear and anxiety. Seeking out opportunities to be scared is, on this day at least, the pinnacle of entertainment. Something to ponder on here is, if God hasn’t put in us a spirit of fear (2 Timothy 1:7), should we acknowledge a day that centres its purpose on invoking a spirit of fear? We have become so accustomed to the traditions of men and accept them as a norm that we fail to question them from time to time. Christian families have celebrated it for generations, although it has never been a Christain holiday.

For many Christians, the thought of whether or not to celebrate Halloween doesn’t even arise. After all, it’s only one day in a year, and what harm can a handful of Snickers miniatures or a pumpkin costume do to us? Much more than we think. Firstly, our character, integrity, and devotion to God are evident in the small things. Scripture clearly states, “He that is faithful in a very little is faithful also in much: and he that is unrighteous in a very little is unrighteous also in much” (Luke 16:10). Hence, if we can’t be faithful in the small things, how will we be faithful in the big things? Secondly, God has told us to focus on what is pure, noble, right, lovely, and admirable (Philippians 4:8). Is Halloween any of these things? No, and therefore it is unworthy of our time or thoughts. Finally, “the Son of God appeared for this purpose, that He might destroy the works of the devil” (1 John 3:8). If God came to destroy the works of Satan, why do we then try to remember, imitate, and even elevate these very things?

Those who love Jesus should not entertain the macabre and flirt with the dark side, even momentarily, but rather delight in the joy of the Lord that has been set before us. “Thus says the Lord, ‘Do not learn the way of the Gentiles; do not be dismayed at the signs of heaven, for the Gentiles are dismayed at them. For the customs of the peoples are futile” (Jeremiah 10:2). We often say we don’t want to deprive our children of the “fun” of Halloween, but God verdicts customs of the world are futile! If this is the happiness we want for our children, we are setting our standards too low. Seek first God’s kingdom and righteousness, and He will provide all the other things we need. God doesn’t want us to keep the ways of the world and sprinkle a bit of Christianity on top. He wants us to elevate Him alone: His ways, His philosophies, His deliverance, and His celebrations. Any other practice is a sin and eventually bears bad fruit.

God wants His people to be holy, which means to be set apart. “Pure and undefiled religion before God and the Father is this: to visit orphans and widows in their trouble, and to keep oneself unspotted from the world” (James 1:27). Instead of keeping ourselves unspotted, we have become one giant spot with it. We are so much alike no one can tell where the world ends and the Church begins. If everyone else is doing something, and I’m doing it too, it is time to examine myself and see if I’m in the faith. If people don’t look at me and think I am peculiar (1 Peter 2:9), but I fit right in with it, it’s time we pause and ponder whether we’re doing something wrong. The Bible doesn’t say that we should have less to do with darkness than other people, but it warns us to have nothing to do with it. I pray that everyone who follows Christ will be open to prayerfully seeking God’s wisdom before accepting and embedding the traditions of man. 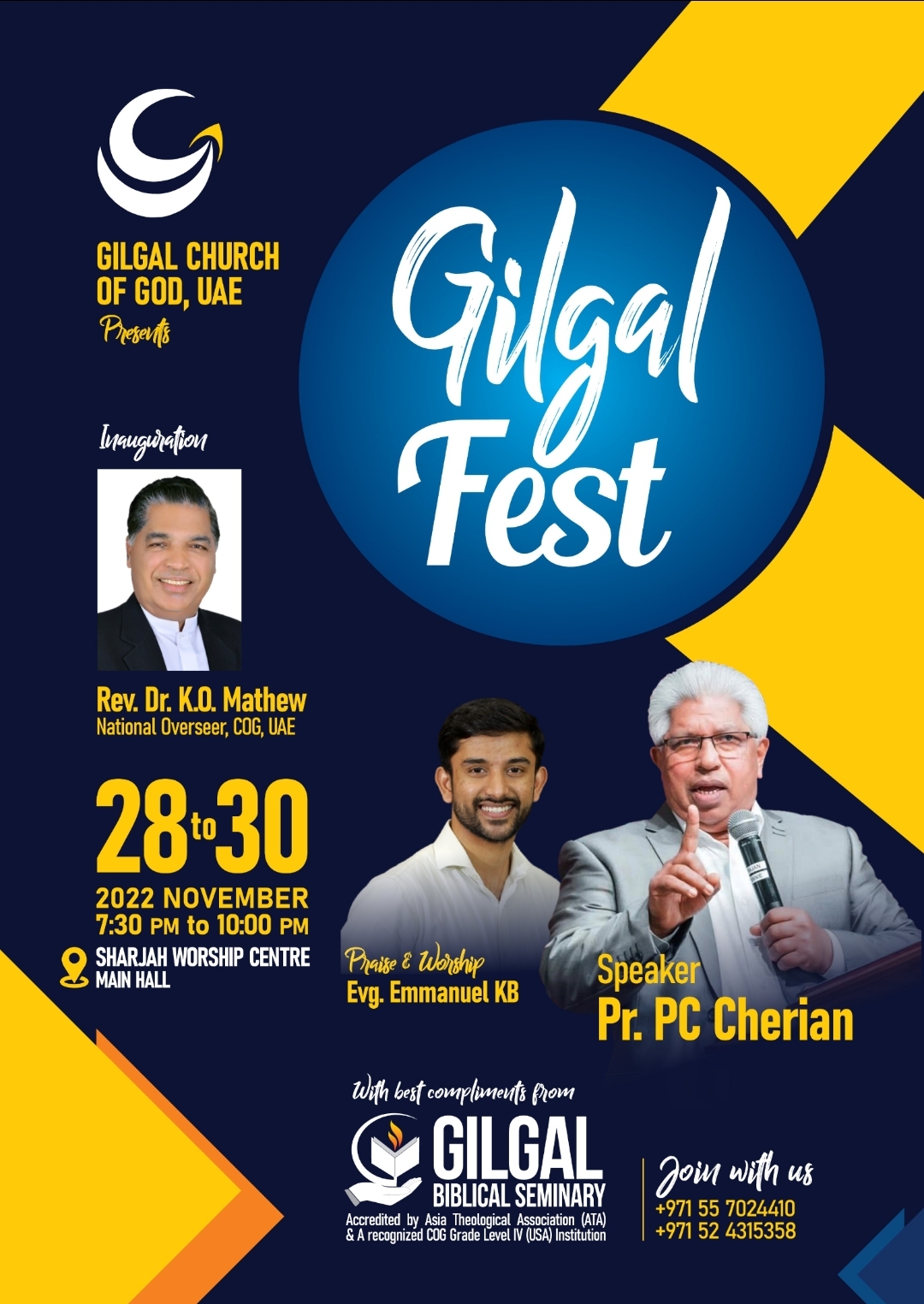 Article: Does God know us or not? | Jacob Varghese