Article: CAN WE TRULY BE HONEST WITH OUR FINANCES? | Jacob Varghese

A 12-year-old boy was a key witness in a lawsuit. One of the lawyers, after intense questioning, asked, “your father told you what to say, didn’t he?” “Yes”, answered the boy. “Now tell us”, pursued the lawyer “what were his instructions?” “Well, replied the boy, “Father told me the lawyers would try to tangle me in my testimony; but if I would just be careful and tell the truth, I could say the same thing every time”. Henry David Thoreau once said, “ Rather than love, than money, than fame, give me truth.” Imagine the difference it would make in our world!

There is a great deal of false service by many who profess to serve God but actually want God to serve them. They will give, but they always expect to be repaid. They will help the needy, but it’s to keep God from allowing tragedies to befall them. The list could go on and on and would eventually touch every one of us. Why? Because I believe only few really understand the function that finances play in our spiritual lives. It surprises Christians to learn that approximately two-thirds of the parables that Christ used in teaching deal specifically with finances. Christ never said money or material things were problems. He said that they were symptoms of the real problems. He constantly warned us to guard our hearts against greed, covetousness, ego, and pride, because these are the tools that Satan uses to control and manipulate this world. “Then He said to them, ‘Watch out! Be on your guard against all kinds of greed; a man’s life does not consist in the abundance of his possessions’ ” (Luke 12:15).
A definition of “faith,” according to Hebrews 11, is of trusting God totally. It means trusting God for things you cannot see or manipulate into happening. Most of us truly desire to be able to exercise this faith. But the world around us tells us to do just the opposite. If you don’t have the money for what you “need,” borrow to get it. If it’s too expensive for your income, so what? You deserve it; besides, you have to stretch yourself if you want to be successful in this world. God’s Word tells us to learn to be content and dedicate ourselves to serving God. In Hebrews 12:1 we are told “Let us throw off everything that hinders and the sin that so easily entangles, and let us run with perseverance the race marked out for us.”

I remember once I received a mail saying that I am in the running to win the reader’s Digest Sweepstakes. I imagine that all the millions of people who received this mail would like to be the winner. But winning all that money might not be good for some of us. Sudden riches could hurt us spiritually. Some very godly people in the Bible were rich. Many Israelites had great wealth, and because of that they were able to provide lavishly for the building of the temple. Yet Christ warned those who are rich to always be on their guard in Luke 12:15-21. “Rich” is a very subjective term and it’s used in a context with having enough money to meet all of your reasonable needs and still have funds left over. Clearly, God’s Word teaches that many of His people will fit into this category. God’s plan is clearly stated in 2 Corinthians 8:14-15: At the present time your plenty will supply what they need, so that in turn their plenty will supply what you need. Then there will be equality, as it is written: “He who gathered much did not have too much, and he who gathered little did not have too little”. There is a great temptation to trust in the security that a surplus can provide. The greater the surplus, the greater the temptation. That’s why those who are rich must guard their hearts and minds with the principles from God’s Word. The greatest need in our generation is for God’s Word to be taught clearly and undiluted. The next greatest need is for Christians who will demonstrate that it works. We can be thankful for what some wealthy Christians do with their money. I know a family who gives thousands of rupees to Christian causes each month. What good their riches accomplish! The fact remains, however, that not all of us can be trusted with great wealth. So don’t set your heart on it. Instead, thank God for what you have, and be content. Then faithfully honour Him with what He has given you. An American tourist travelled to Poland to visit with a respected religious teacher who was known for his wisdom. The visitor noticed that the man’s room had nothing but a table, a chair and some books. Puzzled by such graveness, he asked, “Where is your furniture?” The teacher answered, “My furniture? Where is your furniture, my friend?” The American protested, “Furniture? But I am only a tourist passing through.” “So am I”, said the man. And so are all of us. Because it’s true that we are just passing through this world, we need to learn to loosen our grip on our earthly possessions and riches.

A business friend of mine once asked me, “Do you think it’s possible to be totally honest in our business today?” He went on to explain that he didn’t purposely cheat anyone, but even when “negotiating” a sale the common practice was for the seller to begin at a price higher than desired, knowing that the buyer always started with a price lower than acceptable. As I considered his question, I realized what he had asked must be a conscious thought on the hearts of many sincere Christians: “Can we truly be honest, and if so at what cost?”
The Lord says in Luke 16:10, “Whoever can be trusted with very little can also be trusted with much, and whoever is dishonest with very little will also be dishonest with much.” The small thing to which the Lord is referring is money. Naturally, this also includes the pursuit of money. “For where you have envy and selfish ambition, there you find disorder and every evil practice” (James 3:16). In Philippians 2:15, Paul tells us to hold ourselves above this wicked generation so that we can prove ourselves blameless. For this to happen, we must avoid the devices of the accuser and hold to the standards of the Lord.
There is no doubt that in the short span of time, a deceitful person will seem to prosper. But it doesn’t take long for others to recognize this person’s attitude. We must remember that Satan does have limited authority over this earth but can indeed provide riches. The problem with his supply is that it is always accompanied by fear, anxiety, anger, greed, and resentment. The biggest loss associated with following the worldly path is the loss of God’s full blessings. God declares in Luke 16:11 “If you have not been trustworthy in handling worldly wealth, who will trust you with true riches?” Can Christians be honest in our society? They must be to experience the fullness of God’s power and love. There will be times when it will seem that others take advantage of that honesty. The Lord knew that would happen. That is why he said in Luke 9:23 “If anyone would come after me, he must deny himself, and take up his cross daily, and follow Me”. There is often a price to be paid for following Christ, but there is also a great reward as a result of doing so. The Lord told us that a house built upon sand would fall when the storms come, but one built upon the Rock would survive. We are in the midst of a materialistic storm today, and every Christian must decide whether to build upon the solid rock of God’s Word or the shifting sands of society. If your decision is to do business by the world’s normal standards of craftiness and deception, then it is to deny Christ as “No servant can serve two masters; for either he will hate the one and love the other, or he will be devoted to the one and despise the other. You cannot serve both God and money” (Luke 16:13). Each Christian must come to the position that God’s approval is more important than the world’s riches. Then, and only then, will the full measure of God’s peace and power be experienced and can Christians be honest in our society. 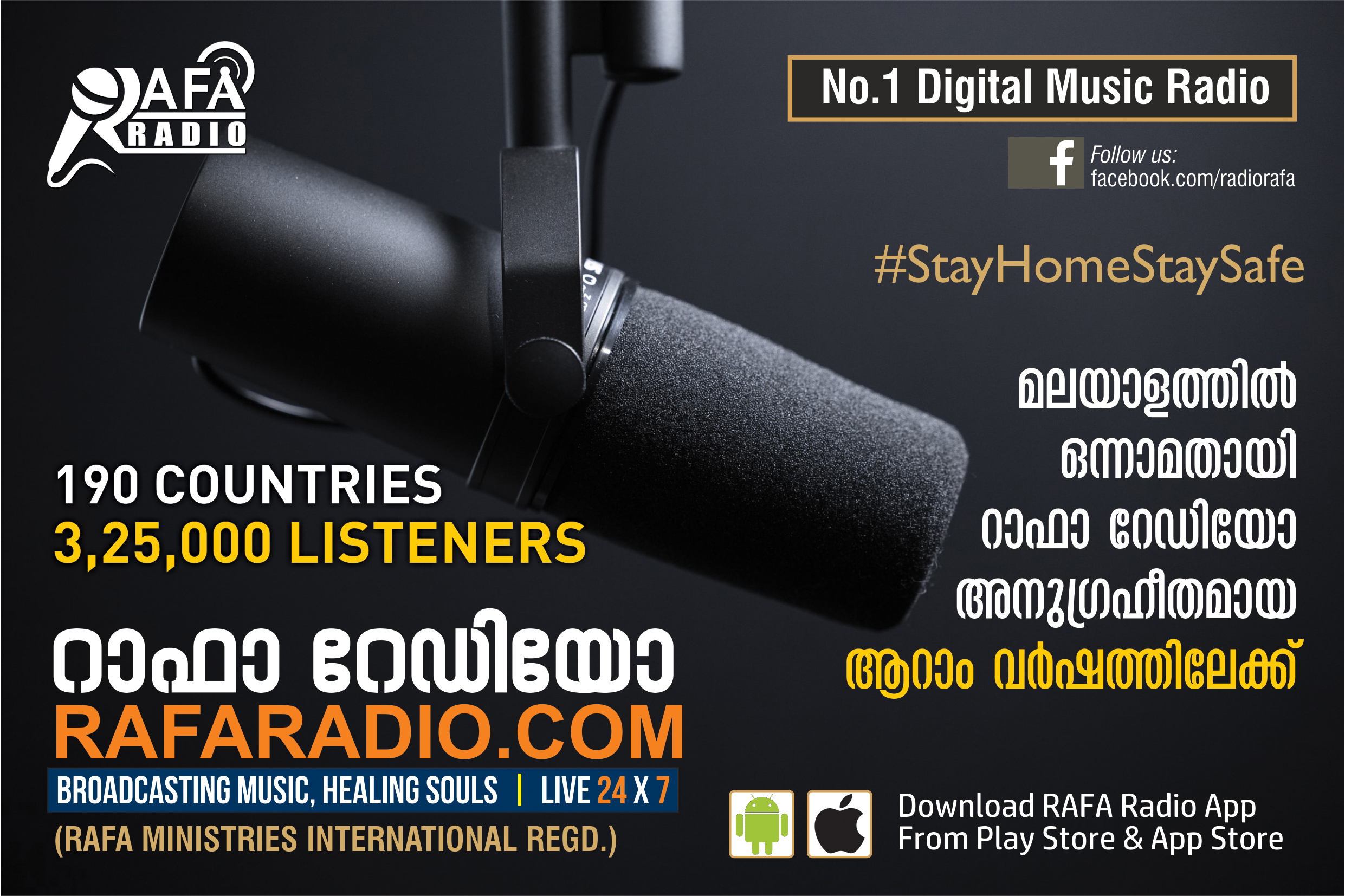 Article: THE POTTER AND THE CLAY | Sis. Reena R George

Article: ARE WE TAKING PLEASURE IN OUR INFIRMITIES? | Jacob Varghese

Article: Who is worthy to open the scroll and break its seals? | Jacob Varghese

Article: WHERE ARE THE NOAHS OF TODAY? | Pr. Ribi Kenneth

Article: WHO ARE WE IMITATING? | Jacob Varghese