Article: “YOU GIVE THEM FOOD TO EAT” | Sam Mathews, Oman

October 16 is observed as ‘WORLD FOOD DAY’. The main objective of the celebration is to heighten public awareness on the problems of hunger, malnutrition and poverty, as well as focus attention on agriculture and food production. It was on this day in 1945 the Food and Agricultural Organisation of the United Nations was formed. Many organisations concerned with food security including the World Food Programme and the International Fund for Agriculture Development celebrate this day.

Statistical data say that worldwide, 821 million people still go hungry-or in other words one out of nine people in the world go hungry. The global hunger index have declined by 27% since year 2000 and according to the 2017 Global Hunger Index, 45% of deaths of children under five are linked to malnutrition. There are many countries in the world where more than 50% of the population suffer malnutrition. Chad, Sierra, Zambia, Yemen, Sudan, Liberia and Niger are some among them where the situation is very worse.

There are many reasons behind the hunger. Some of the important reasons are drought, population size, weak economy, bio-fuel production, low productivity and so on. The people worst affected by the lack of access to food are:
▪ Those who live in an area recently affected by drought.
▪ Those who live in or close to a war zone.
▪ Single-headed households often single mothers are worst affected as they have to look after the children and provide economically for the entire household.
▪ Households where one parent is disabled
▪ Those who have no access to water for market gardening in the off season and so on
On the other hand wastage of food is also contributing to food insecurity. A large amount of food is wasted in functions, parties and restaurants in major part of the world. Even in our own household we can find wastage of food. On one side where people are dying due to lack of food, at the other side a good amount of food is wasted away.

​We need to be concerned about the ones who lack food. We may not be able to help the whole world out but for sure we can help those who are around us or in our immediate contact.

The message of the Bible was very clear regarding food and wastage of food. John chapter 6 we read about a large crowd approaching Jesus to hear his words. When Jesus saw people approaching, his first demand to his disciple Philip was “Where shall we buy bread for these people to eat”? Jesus was very much concerned about the food needs of the people around him. When Matthew records this event in his Gospel, he records that Jesus’ disciples approached Jesus to send the people away so that they can g to the nearby villages and buy food for themselves (Matthew 14:15). But Jesus instead asks them that “They need not go, but you give something to eat” (Matthew 14:16).

Jesus was very much concerned about food security of the people around him. After his resurrection when Peter and his friends went again for fishing, Jesus waited for them on the shore the next day with breakfast prepared for them (John 21:1-12). Moreover Jesus was also concerned about the food that was left over after the people had eaten and were made satisfied. He gave clear instructions to his disciples to gather the leftover food and to take special care that food should not be wasted (John 6:12).

In the Lord’s Prayer, Jesus taught his disciples to ask the Father Lord for daily bread (Luke 11:3). Food is the providence of the Father in Heaven and we have no right to spoil the same and we should ensure that it is used judiciously and not wasted away.

In this era too the message is very clear. “You give them food to eat.” We as Christians should be able to feel the hunger of someone around us and should also ensure that “No food is wasted”. As followers of this Great Master it’s a demand of the Lord to ensure Food Security and check Food wastage around us. 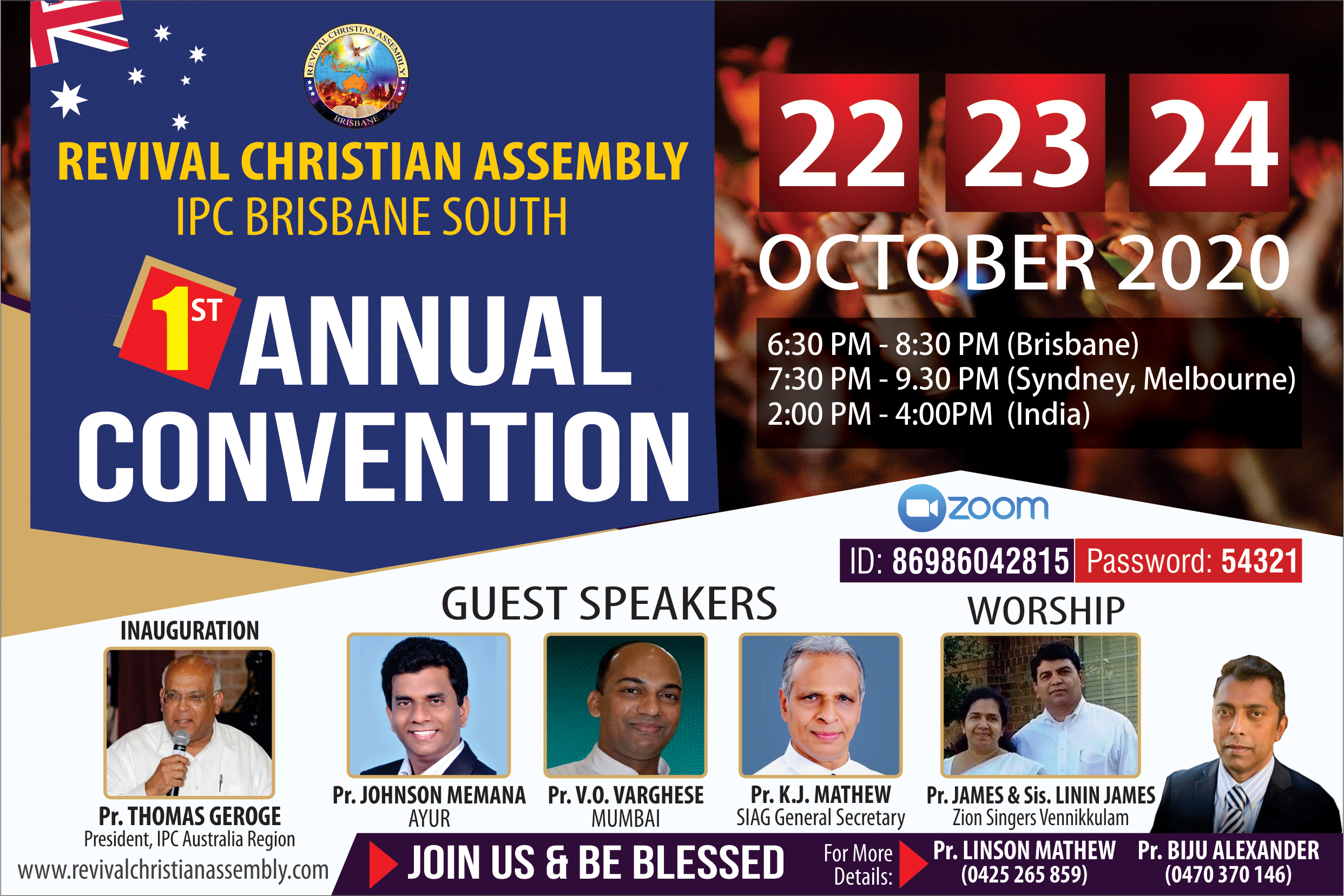 Article: Making Peace with your Past! | Jacob Varghese

Article: Making Peace with your Past! | Jacob Varghese

Article: HANDING OVER THE MANTLE OF LEADERSHIP TO THE NEXT GENERATION! | Jacob…

Article: Who are your Mother and Father, Brothers and Sisters? | Sheeba Robinson,…

Article: OUR CHOICES AND ITS CONSEQUENCES | Jacob Varghese

Article: Human MY versus God the MY | Praveen Mathew

Article: HONOR YOUR FATHER AND YOUR MOTHER | Jacob Varghese