Article: TEMPTATION AND THE WAY OF ESCAPE | Jacob Varghese

The Bible says in 1 Peter 5:8 “Be alert and of sober mind. Your enemy the devil prowls around like a roaring lion looking for someone to devour.” From this, we can see that Satan is always by our side and it tries every means possible to use the people, matters and things around us to entice and tempt us, to make us fall into mischief and sin. In our daily life, we are usually faced with the temptations of wealth, status, reputation, lust and so on. We can easily give into the temptation, and thus fall into Satan’s trap and lose the testimony. So we should we be very careful to be away from Satan’s seduction and to overcome the temptation of sin. When faced with temptations, we often get into a mess and don’t know how to deal with them suitably. I see five important principles of ‘escape’ from temptation in 1 Corinthians 10:13 that we need to keep in mind whenever we face times of temptation to sin. We need to remember that in the midst of that trial or temptation.

1. OUR TEMPTATION IS NOT UNUSUAL
Paul writes, “No temptation has overtaken you except what is common to man.” The word that Paul uses here for ‘temptation’ is one that has wide meaning. It can speak of a ‘temptation’ to sin; but it can also mean a ‘trial’ or a ‘test’. In God’s providential care for us, temptation ultimately is nothing more than a matter of putting us to the test to see if we will trust in Jesus as we should, and of training us to trust Him more. The temptations we experience are ones that are ‘common to man.’ Sometimes, when we are going through a particular trial or temptation, we might be inclined to think that we are the only one who has ever experienced such a thing. We might even feel a bit ashamed because of our temptation or trial as if experiencing it shows that there is something uniquely wrong with us. But that is not the case at all. You and I will never experience a temptation that does not have a long history—going back from Adam all the way on up to us. Many had experienced it long before us. Others are experiencing it right now. Some have fallen; but others have been given victory. I believe that temptation of ours is common to all of humanity, then Jesus—our Savior—has also experienced it. Hebrews 4:14-15 say “Therefore, since we have a great high priest who has ascended into heaven, Jesus the Son of God, let us hold firmly to the faith we profess. For we do not have a high priest who is unable to empathize with our weaknesses, but we have one who has been tempted in every way, just as we are yet he did not sin.” It may not be that He was tempted in exactly the same way and in exactly the same kind of circumstances as us. But our Lord Jesus, as He walked on this earth, felt every kind of temptation that we could ever feel—and yet never sinned. He remains our holy High Priest, and yet is compassionate toward us in our struggles.
2. GOD REMAINS FAITHFUL IN OUR TEMPTATION
“No temptation has overtaken you except such as is common to man;” Paul says, “but God is faithful …” What does this mean that God is faithful? I believe it means—above all else—that our God remains faithful and true to who He Himself is. He never changes. He never differs from His absolute purity and holiness of character, and never violates any of His holy standards. As James tells us, in chapter 1:17 “Every good and perfect gift is from above, coming down from the Father of the heavenly lights, who does not change like shifting shadows.” This is something that I believe it is very important to remember in a time of trial or temptation. In such times, we are being tempted to ‘change’ or violate God’s standards in some way. We are imperfect and prone to wander but our heavenly Father never changes. If we keep our eyes on ourselves or on our circumstances—or even on other people—we may find ourselves wandering from the path. But if we keep our eyes on Him, we are keeping our focus on the One who never changes and never fails. It is an encouragement it is to keep our focus on Him! To say that “God is faithful” would also mean that He is faithful to us! He not only ever changes from His own holy standards, but neither does He ever changes from His sovereign purpose or calling for us. Think of it, dear brothers and sisters! God has a rich inheritance for us in Christ. In Philippians 1:6 where Paul wrote to the Philippian believers and told them; “being confident of this very thing, that He who has begun a good work in you will complete it until the day of Jesus Christ.” So; let us remember, in every trial or temptation, that our God is faithful—both to who He is, and to what He has purposed for us in Christ!

3. GOD PUTS LIMITATIONS ON THE POWER OF TEMPTATION
Our trials or temptations are never outside of our sovereign God’s control. The Bible teaches us that He Himself never tempts anyone to sin. But He nevertheless exercises sovereign control over those temptations; so that Paul could say, “No temptation has overtaken you except such as is common to man; but God is faithful, who will not allow you to be tempted beyond what you are able …” Now; we need to understand this carefully. Paul does not mean for us to understand—as people sometimes say—that God will never give you anything greater than you can handle. After all, if you could handle it, then you would never need to turn to Jesus. Paul himself experienced trials that were beyond his ability to handle. In the very next letter in 2 Corinthians 1:8 Paul wrote; “We do not want you to be uninformed, brothers and sisters, about the troubles we experienced in the province of Asia. We were under great pressure, far beyond our ability to endure, so that we despaired of life itself”. Imagine that! The great apostle Paul! Even he experienced times of testing that were so great that he wanted to die! Clearly God allowed him to experience far more than he could handle. But he went on to say; yes, we had the sentence of death in ourselves that we should not trust in ourselves but in God who raises the dead, who delivered us from so great a death, and does deliver us; in whom we trust that He will still deliver us … (vv. 9-10). So then; how do we understand Paul’s promise that God ‘will not allow you and me to be tempted beyond what we are able’? We need to understand it to mean that God will never give us more than we can handle, when we have absolute trust in Him. Let us always remember that our Father loves us exceedingly in Christ. We are the dearest thing in the universe to Him. He gave His own Son to save us. He will never allow anything to come into our lives that would destroy us; but only what will drive us to Him so that we learn to trust Him, and depend upon Him, and discover how sufficient our Lord Jesus Christ is for us.
4. WITH TEMPTATION, GOD ALWAYS PROVIDES THE WAY OF OUR ESCAPE
Paul says, “No temptation has overtaken you except such as is common to man; but God is faithful, who will not allow you to be tempted beyond what you are able, but with the temptation will also make the way of escape …” Now; we have no promise in this verse that-so long as we walk upon this earth-we will ever be able to escape from times of testing or temptation. We have no such promise anywhere in the Bible. But in this verse, we are given an amazing word of revelation from God concerning those trials and temptations that do come our way. Do you notice that word “with”? With the temptation God will also make the way of escape. God lets us know that-when it comes to any trial or temptation that He allows to come to us—along with it, God makes ‘the way of escape’. Each trial comes with the tailor-made way of escape; so that in it, we are able to run to Jesus for our refuge. I believe that in each trial, we need to pay careful attention to what God’s word tells us to do about it—and then, do that thing faithfully. We can take it with absolute confidence and trust in God’s promise, that with every temptation or testing comes by God’s own hand and the provision of a way of escape. In times of trial, we will hear the gentle voice of the Holy Spirit telling us what that escape is in accordance with His word; and when He does, we must take it and run right to Jesus Christ.

5. TRUSTING IN CHRIST, WE CAN ENDURE
Temptations will come; and there will be times when we fail. Praise God—the promise of His word is that “if anyone sins, we have an Advocate with the Father, Jesus Christ the righteous” 1 John 2:1 says “My dear children, I write this to you so that you will not sin. But if anybody does sin, we have an advocate with the Father—Jesus Christ, the Righteous One.” But the special promise to us from this wonderful verse is that we don’t ever have to sin. We can gain victory over temptation and times of testing. If we take that way of escape, and run to Jesus as our refuge, we will be helped by Him and will be made able to bear up under it. Remember it and affirm it to yourself in times of trials and temptations, let us remember that we are not experiencing anything unusual. Our Lord experienced it too. Let us remember that our God remains faithful. Let us trust that He has sovereignly placed limitations on that temptation so that He will never allow us to be tempted beyond what we are able to endure with complete trust in Him. Let us remember that with each temptation, our sovereign God has made a way of escape so that we can run right to Jesus. And let us run to Jesus faithfully; knowing that, with Him and by His gracious help, we can bear it and live for His glory. No matter what situations we face or encounter, we can come before God in prayer and seek His will in all things. We must hold on to God’s word, firmly obey the truth and be loyal to God. We need to understand clearly the battle is in the spiritual realm and we do not need to analyze or examine with our minds. But go by God’s word strictly and learn to obey the truth, and then we can be protected by God from falling into Satan’s cunning schemes and temptations. Thus we can counterattack against Satan’s plots and leave Satan utterly humiliated and defeated. We can stand witness and escape Satan’s obstacles and live with freedom temptation before God! 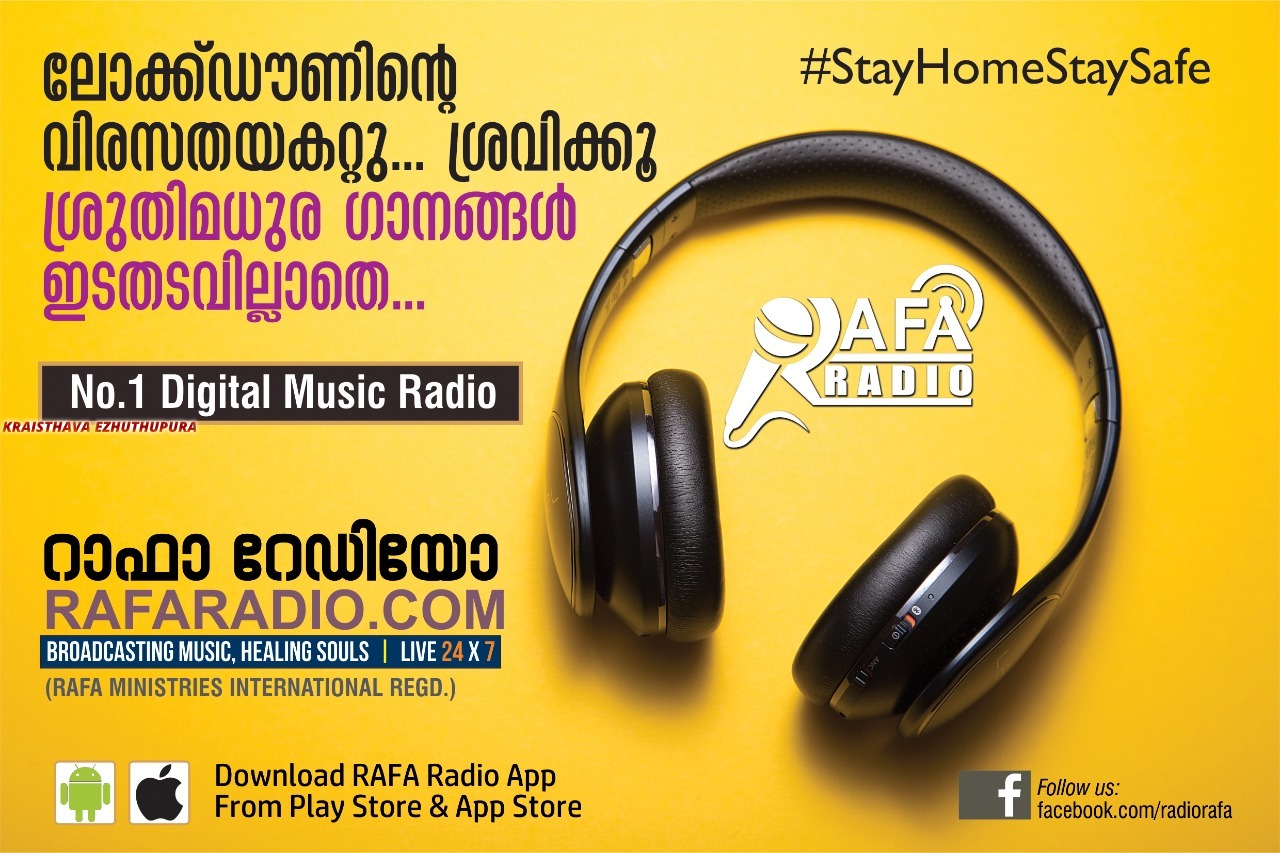 Article: Lone, Alone in all this ,till eternity | San Mathew, Canada

Article: Are we carrying our own cross or unnecessary burden? | Jacob Varghese

Article: Children, born of God, a heritage and reward from Him | Sheeba Robinson,…

Article: Lone, Alone in all this ,till eternity | San…

Article: Are we carrying our own cross or unnecessary…

Article: Children, born of God, a heritage and reward from…