This theory of Darwin revolutionized the field of biology. Over the years many biologists began refer to the theory of evolution. Through years evolution and naturalism became a dogma of biologists. But the things seemed to change since Michael Denton, published a milestone book, Evolution: A Theory in Crisis in 1985. In his book Denton argued that, “the biological realm is fundamentally discontinuous.”1

Every Structures Are Not Adaptive

According to evolution natural selection plays an important role by equipping creatures with what is best suited for their environment. In other words creatures acquire traits and body structures based on adaptation. Indeed adaptation is true and it changes a creature to fit its environment. But what about gross changes in body structures? Many of the important structures of the biological realm have no real adaptive purpose. For example, the pentadactyl limb (that is, proximal bone, two distal bones, and five digits) or its design (Bauplan), possessed by terrestrial vertebrates (such as amphibians, reptiles, birds, and mammals) seems to have no adaptive used. According to Denton, “This has long been clear.”2 Even Darwin conceded that “no adaptive explanation for the underlying Bauplan could be given, for it appeared to serve no specific adaptive end.”3

Another example for non-adaptive structures is the “Curious geometric and numerical patterns permeate the biological realm.”4 The venation pattern of the Nymphalid butterflies is staggering.

“The forewing: the submedial, or vein 1, simple, [unbranched] in one subfamily forked near base; medial vein with three branches, veins 2, 3 and 4; veins 5 and 6 arising from the points of junction of the discocellulars; subcostal vein and its continuation beyond apex of cell, vein 7, with never more than four branches, veins 8–11; 8 and 9 always arising from vein 7, 10 and also 11 sometimes from vein 7 but more often free, i.e. given off by the subcostal vein before apex of cell.”5

Such bizarre designs in arthropods made William Bateson remark it for what it was: “endless absurdity.”6

Another anomaly is the case of the red blood cell of mammals. The red blood cells of mammals are called enucleate red cell because it doesn’t have a nucleus. The nucleus is pushed out of the cell through a complex array of processes before it is released into the blood stream. Majority of biologist debunk by saying that enucleated cell has the advantage of small size without a nucleus so that it can go through narrow blood vessels thereby deliver high supply of oxygen. Denton notes that, “birds, which have a higher metabolic need for oxygen than mammals, retain their nucleus” and further concedes that “If birds get by with nucleated cells, perhaps the enucleate state is not as specifically adaptive as widely imagined.”7

These are only some examples of the non-adaptive train.

According to evolution, every creature is descended from lower creatures. It is assumed that lobed fishes evolved into amphibians and amphibians later evolved into reptiles and so on. Then it would be reasonable to think that there would be transitional creatures which have partially developed structures. For example if fishes evolved to amphibians, there must be creatures which have partially developed limbs or both fins and limbs. But the evidences from fossil records are contrary to this. No transitional fossils where ever found in the fossil records. Sir D‘Arcy Wentworth insisted that to seek transitional forms “is to seek in vain, forever.”8 What is supposed to be transitional links are debatable.

Tiktaalik is supposed to be the best transitional form from fish to amphibians. But many prominent biologists have doubt about it. In Nature, Jennifer Clack and Per Ahlberg commented on tiktaalik fins that “Although these small distal bones bear some similarity to tetrapod limbs in terms of function and range of movement, they are still very much components of a fin.”9 Again in Developmental Bias in the Evolution of Phalanges, a paper on the limbs of earlier amphibian, Kathryn Kavanagh showed that “the digits of Acanthostega and other early tetrapods were not proto- or pseudo-digits, but true digits, homologues of all subsequent tetrapod digits.”10 After all “there is no evidence from fossils or evolutionary developmental biology of a progression via proto-digits to true digits.”11

The transition of feather from the reptilian scales also possessed great problem. Many biologist in the early 1900s believed that scales became feathers by the friction of air in the course of time. In Evolution, Denton showed skepticism over such evolutionary mechanisms. Not only Denton, many other also began to doubt such mechanisms. Richard Prum and Alan Brush insisted that, many features of the feather like “the feather follicle, tubular feather germ, feather branched structure, interacting differentiated barbules—that have no homolog in any antecedent structures.”12

Again Denton suggested that the sudden appearance of angiosperm plants “is a persistent anomaly which has resisted all attempts at explanation since Darwin‘s time.”13 Evidences are hoarding. The human language, Noam Chomsky noted are, “without any homologue in any other species.”14

Denton was right. “Nature is stubbornly discontinuous, resistant to all attempts to reduce her to a Darwinian functional continuum.”15 And if there is no transitional forms for the major taxa defining structures, then it would be reasonable to doubt that if evolution would have ever occurred.

According to evolution, species diverge from common ancestors. It is assumed that humans and other hominids including apes descended from a common ape-like ancestor. The case is same with any species. Genetics studies shows that human genome is 99% same as a chimpanzee genome. It was considered the most compelling evidence that suggest that humans and apes have a common ancestor. Humans have approximately 20,000 protein-coding genes, which is only ~1.5% of DNA in the entire human genome, and it is within that 1.5% that common descent studies are primarily focused. By only considering 1.5% of the entire human genome, it is indeed 99% same as the 1.5% of the chimpanzee genome. What about the 98.5% genome?

Until 2003, it was assumed that the 98.5% genome had no function and was called “junk DNA” by many biologists. In 2003, US National Human Genome Research Institute conducted a project called as Encyclopedia of DNA Elements (ENCODE). The goal of the project was to determine the role of the remaining 98.5% of the genome that was formerly poorly called “junk DNA,” but better called “intergenic regions.” The ENCODE found out that part or even much of the intergenic regions have regulatory elements that can affect gene transcription that is, the building of RNA and then construction of enzymes that regulate or build the biological system.

Also, work on ORFan genes casts new light on the uniqueness of some genetic information. ORFan genes are considered unique to a narrow taxon, generally a species. That means that ORFan genes which are only present in one species and not in any other species. May these are the genes that actually mark the difference between species.

Starting with Miller’s experiment, origin-of-life experiments have convinced people through years to believe that life could arise from simple molecules. In 2016, a ground breaking critic on prebiotic chemistry came up on Inference. To everyone’s shock James Tour conceded:

“Life requires carbohydrates, nucleic acids, lipids, and proteins. What is the chemistry behind their origin? Biologists seem to think that there are well-understood prebiotic molecular mechanisms for their synthesis. They have been grossly misinformed.”16

He went on further discussing the “massive gaps in our understanding.”17

For the synthesis of any compound, “The compound must be designed, the stereochemistry controlled. Yield optimization, purification, and characterization are needed. An elaborate supply is required to control synthesis from start to finish.”18

How have nature done these step?

The raw materials for making molecules would not have been readily available for nature. How would have nature transported raw material to the reaction site without enzymes?

“DNA requires a five-carbon sugar, or D-(-)-ribose, one of eight possible pentoses. Blind synthetic pathways lead to a host of products that are unwanted because they are unneeded; and, yet, acting as blindly as Louis Braille, nature somehow found the requisite five-carbon sugar. How? ”19

No scientists have ever manufactured DNA, RNA or any of the cell organelles. They are far from making “even the lipid bilayer.”21 What they made were the precursors or the simple molecules. Miller’s experiment was nothing. He only managed to make amino acids. The one of the best experiments came from Albert Eschenmoser. Starting with glycoladehyde phosphate Eschemoser managed to make racemic pentose diphosphates in 40-50% yield. 50-60% of the product was useless polymers.

Further the yield was reduced in the course of 23 weeks. Eschemoser remarked:

“the ratio of the diastereomers is displaced such that the content of ribose diphosphate is increasingly diminished in favor of arabinose diphosphate.”23

As James Tour conceded in another paper, “Formed by the formose reaction, the saccharides undergo further condensation under the very reaction conditions in which they form. The result is polymeric material, not to mention its stereo-randomness at every stereogenic center, therefore doubly useless. Time is the enemy. The reaction must be stopped soon after the desired product is formed. If we run out of synthetic intermediates in the laboratory, we have to go back to the beginning. Nature does not keep a laboratory notebook. How does she bring up more material from the rear? ”24

How would nature know where to stop when the product is made?

Another experiment comes from John Sutherland, where he and his coworkers showed that pyrimidine nucleotides can be formed using arabinose amino-oxazoline and anhydronucleoside intermediates. “But the work itself shows the intricacies required to generate the desired reactions.”25 In other words, their data itself shows how hard it is.

The issues of prebiotic chemistry are enigmatic. These issues made James Tour “state the situation for what it is: it is a mystery.”27

3. Charles Darwin, On the Origin of Species by Means of Natural Selection: Or, The Preservation of Favoured Races in the Struggle for Life, 6th ed. (London: John Murray, 1872) quoted from Michael Denton, Evolution: A Theory in Crisis Revisited (Part Two of Three), Inference: International Review of Science

6. William Bateson, Materials for the Study of Variation, Treated with Especial Regard to Discontinuity in the Origin of Species (London: Macmillan, 1894) quoted from Michael Denton, Evolution: A Theory in Crisis Revisited (Part One of Three), Inference: International Review of Science

7. Michael Denton, Evolution: A Theory in Crisis Revisited (Part One of Three), Inference-Reviews

9. Per Ahlberg and Jennifer Clack, “Palaeontology: A Firm Step from Water to Land,” Nature 440, no. 7,085 (2006) quoted from Michael Denton, Evolution: A Theory in Crisis Revisited (Part Two of Three), Inference: International Review of Science

10. Kathryn Kavanagh et al., “Developmental Bias in the Evolution of Phalanges,” Proceedings of the National Academy of Sciences of the United States of America 110, no. 45 (2013) quoted from Michael Denton, Evolution: A Theory in Crisis Revisited (Part Two of Three), Inference: International Review of Science

12. Richard Prum and Alan Brush, “The Evolutionary Origin and Diversification of Feathers,” The Quarterly Review of Biology 77, no. 3 (2002) quoted from Michael Denton, Evolution: A Theory in Crisis Revisited (Part Two of Three), Inference: International Review of Science

21. James Tour, An Open Letter to My Colleagues, Inference: International Review of Science

23. Albert Eschenmoser, “Etiology of Potentially Primordial Biomolecular Structures: From Vitamin B12 to the Nucleic Acids and an Inquiry into the Chemistry of Life’s Origin: A Retrospective,” Angewandte Chemie International Edition 50, no. 52 (2011): 12,424 quoted from James Tour, “Animadversions of a Synthetic Chemis”t, Inference: International Review of Science (2016)

24. James Tour, An Open Letter to My Colleagues, Inference: International Review of Science 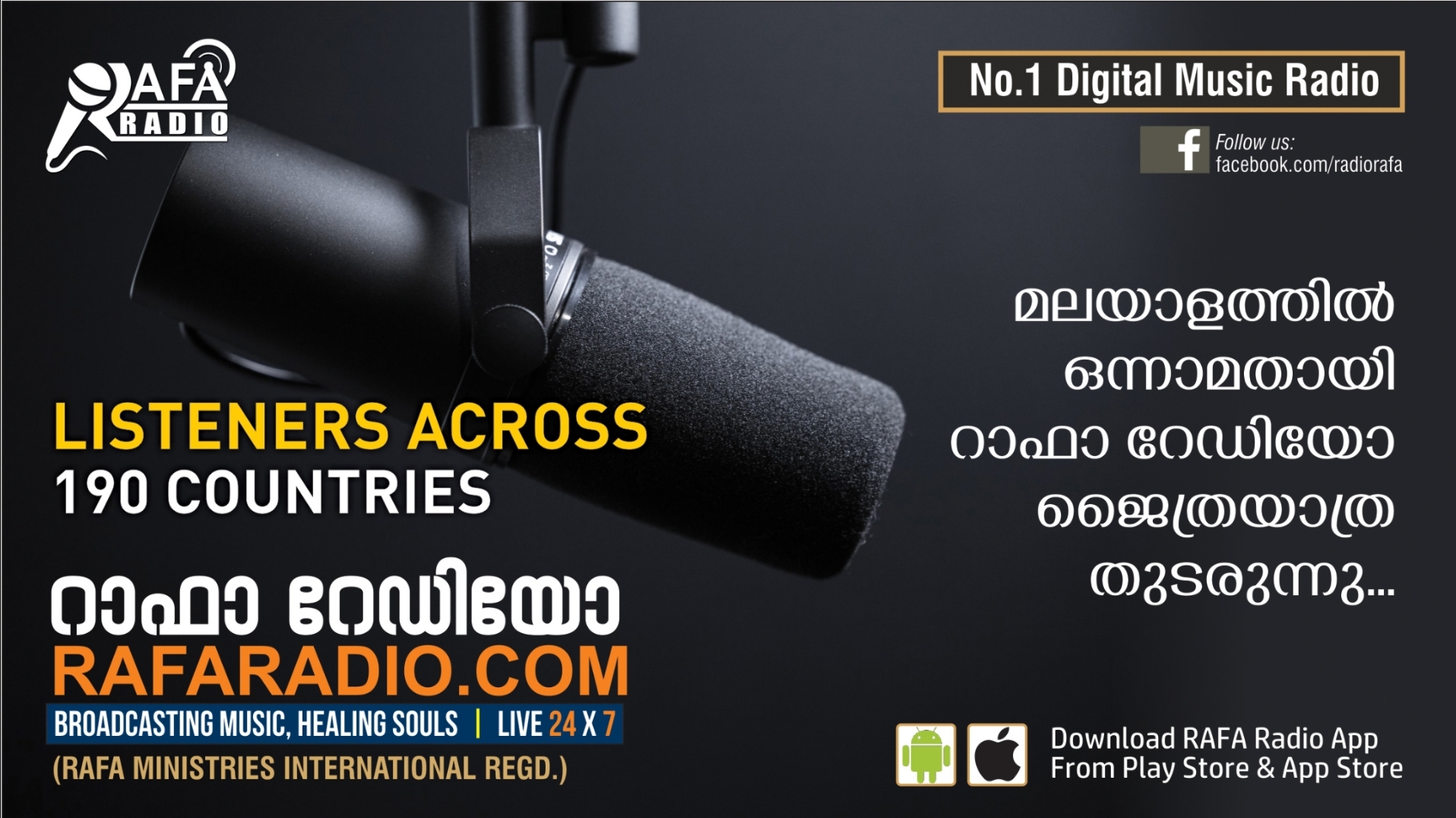